SENDAI — Young people who survived the tsunami triggered by the Great East Japan Earthquake as children became elementary school teachers this spring in Miyagi Prefecture, with a mission to convey the importance of being prepared for the next disaster.

These tsunami survivors studied lessons learned from the 2011 disaster at the 311 Disaster Risk Reduction Learning Institute for Educators, established in April 2019 by Miyagi University of Education in Aoba Ward, Sendai. The institute specializes in disaster management at school. Becoming teachers who can protect pupils’ lives was their dream.

‘Handbooks’ for all pupils

Ayaka Hasebe graduated from the university this spring and became a teacher at Kitaura Elementary School in the inland town of Misato in the prefecture. Based on a proposal from students’ parents, she distributed a “disaster management handbook” to each child at the school. The handbook, which includes information such as the children’s allergies and emergency contacts, can be used if they encounter a disaster outside of school. 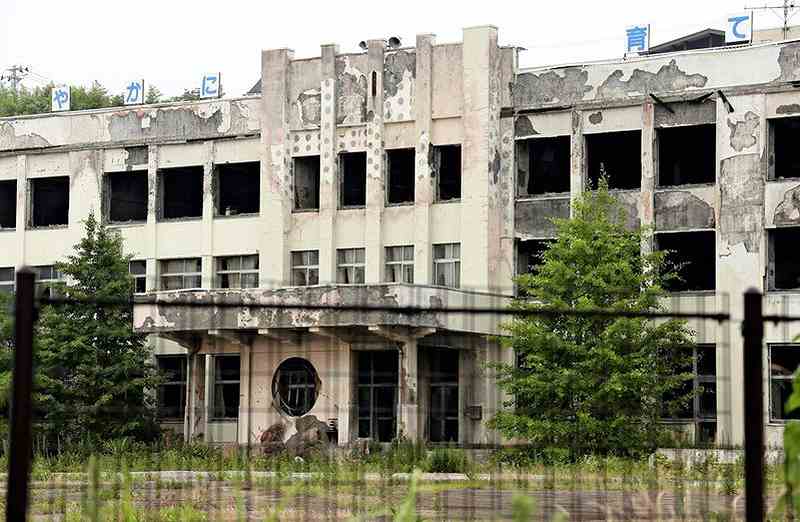 At the time of the 2011 disaster, Hasebe, now 23, was a sixth grader at Kadonowaki Elementary School in Ishinomaki in the prefecture. The school was destroyed by a fire triggered by the tsunami, but all the children in the school safely evacuated to nearby Mt. Hiyori under the guidance of their teachers and other staff. From this experience, she came to aspire to get a job that would involve telling people about the disaster. She later entered Miyagi University of Education to become one of the first students of the institute’s “311 seminar.”

Hasebe strongly felt the importance of preparedness when the seminar examined how people at her old school had evacuated. At the time, she evacuated simply by following the teacher’s instructions and did not think much about why she survived. The students of the seminar visited Okawa Elementary School, also in the city, where many children and others were killed, and compared that school’s response to the disaster with that of Kadonowaki Elementary School.

At Kadonowaki Elementary School, the evacuation drills it had conducted on a regular basis led to a quick evacuation at the time of the 2011 disaster. Now that Hasebe is a teacher, she asks herself, “Will I be able to protect children’s lives like the teachers at that time?”

Misaki Miura, a native of Minami-Sanriku in the prefecture, graduated from the university this spring and became a teacher at an elementary school in Kesennuma. She talks to children born after the disaster about her experiences of losing her grandfather in the tsunami and evacuating to a mountain behind the school.

After Miura, 22, started to study in the seminar with students from other prefectures who had not experienced the disaster, she felt that discussing her experiences would help people in their thinking about disaster management and evacuation.

To children who are afraid of tsunami, Miura tells them that they can save their own lives if they are well prepared and run to a safe place. She repeatedly tells pupils that she wants them to be able to think and act on their own.

The institute also created a curriculum for disaster management education and offers a training program for teachers from other regions.

Hiroshi Shirai, a 52-year-old teacher from Kochi City, in a region considered likely to be struck by a powerful Nankai Trough earthquake in the future, participated in the training program last summer. He said learning about the case of Okawa Elementary School made him reconsider how a decision regarding evacuation should be made in the event of a tsunami.

Shinichi Takeda, 62, a specially appointed professor at the institute, said, “I’d like to create opportunities for people to learn from the experiences of the disaster-hit areas and think about [disaster management] together even though they did not experience the 2011 disaster.”